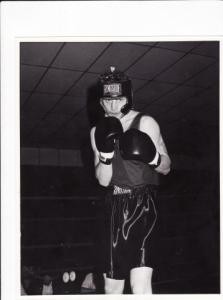 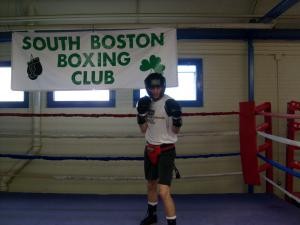 It is no secret to those who know me that I have always been good at both boxing and writing and that I’ve always wanted to do both. It’s no secret that I believe my long term future in boxing includes training boxers as well as writing about them and analyzing their abilities. But most don’t expect me to get in the ring and fight again now that over 19 years have passed since my last amateur match. But I have signed a contract to do just that on Saturday, October 19, on the Jungle Boy Promotions card at Black Bear Casino. It just so happens that I will fight a preliminary bout to the main event of middleweight Matt ‘the Predator’ Vanda’s 60th fight. That is motivation for me because not only will I be fighting professionally for the first time and not only will I be determined to prove I still have a lot of skill to display after having just turned 44 years old, but I will be a part of an event that is significant to Minnesota Boxing history.

I’ve known Vanda since he was a young kid, him having grown up not too far from me on the East Side of St. Paul. I’ve often wondered how different life would have been if I would have turned professional around the same time Vanda did. I always would have fought at lower weights, but we probably would have been on the same cards. Well that’s going to happen now in October. I invite all my friends, those who remember me as an amateur, and all readers of boxersandwritersmagazine.com and local boxing web sites to come watch me fight. I intend to give you the best show you can see so you’re even more pumped up than usual when Vanda enters the ring for the main event. I may not have another ten or fifteen years in me as a fighter, but I do have some more time and I have a whole lot to show you October 19. I hope you’re there and I thank you for your support.